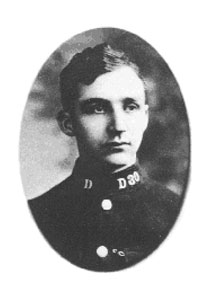 He resigned from the Constabulary June 15, 1912, to return to school. Unfortunately, he withdrew his resignation. On March 28, 1913, Private Myers was patrolling a flooded district at Sharon to prevent possible looting, when he was accidentally shot and killed by Private Frank White.

Private Myers, 22, had completed one year and one month of Constabulary service.

He was survived by his grandfather, Mr. Robert Fickling, of Lancaster and was buried in North Hill Cemetery, Butler.