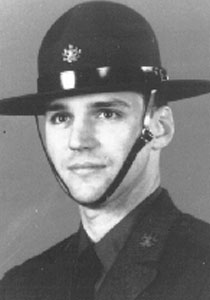 On January 17, 1974, Trooper Snowden and Mr. Donald Glass, Superintendent of the Reading Municipal Airport, were flying an observation patrol of the approaches to the airport. The helicopter crashed and both men were killed. Trooper Snowden was the first Department pilot killed in a helicopter crash. According to a report by Captain Nicholas Pauley, director of the Aviation Division, Trooper Snowden had discussed preferred funeral arrangements with his father a few days before the crash.