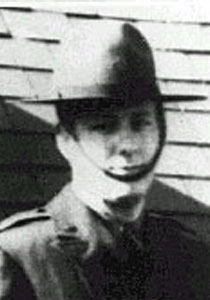 Trooper Barnhart enlisted in the Pennsylvania State Police from New Florence on November 15, 1951, and was assigned to Troop B-1, Washington. He was 24 years old and 5’11” tall.

He was survived by his wife, Mrs. Maryanne L. Barnhart, a 20-month-old daughter, Marlene, and a 6-month-old son, Richard, Jr., of Hopwood.

At 37, Barnhart had completed 12 years and 9 months of Pennsylvania State Police service.

Contract Update
Go to the contract page to see update.