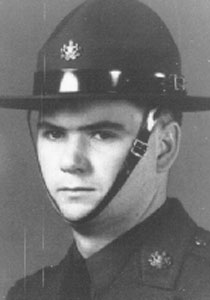 Trooper Brown enlisted in the Pennsylvania State Police from Philadelphia on June 25, 1970. Following graduation from the Academy, he was assigned to Troop J, Lancaster. He was 23 years old and 5’8½” tall.

He was survived by his wife, Sandra; daughter, Cara; and parents, William and Delia Brown. His father is a former Philadelphia City police officer.

Trooper Brown, 37, had served 14 years and 8 months with the Pennsylvania State Police.