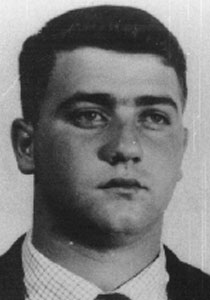 At 11:55 a.m. on August 5, 1960, Trooper Tessitore had stopped a vehicle on the Turnpike in Chester County. He was in the process of arresting the operator for speeding. Trooper Tessitore was standing at the rear of the vehicle, preparing his arrest report, when a truck ran off the roadway. It struck both Trooper Tessitore and the stopped motorist. Both were killed instantly. The truck was operated by a 17 year old who had fallen asleep. He pleaded guilty to the charge of involuntary manslaughter.