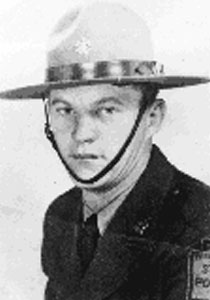 At 10:00 a.m. on January 17, 1958, while on patrol, Trooper Stanski pursued a speeding truck in Silver Spring Township, Cumberland County. Trooper Stanski was approaching a railroad crossing and saw a train nearing. He slammed on his car brakes. The patrol vehicle overturned. He was taken to Harrisburg Hospital where he died of his injuries six days later on January 23.

Trooper Stanski is buried in Saint Mary’s Cemetery, Plymouth. He was survived by his mother, Mrs. Dorothy Stanski, of Plymouth. At 29, Trooper Stanski had completed four years of Pennsylvania State Police service.