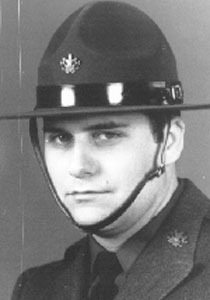 He enlisted in the Pennsylvania State Police from Brownsville on January 28, 1971, when he was 23 years old. Following graduation from the Academy, Trooper Rankin was assigned to Troop A, Greensburg.

On April 25, 1973, Trooper Rankin was assigned to patrol Route 119. At a point just south of Greensburg, a tractor-trailer jumped the median barrier and struck Trooper Rankin’s unmarked patrol vehicle. Trooper Rankin was pronounced dead at the accident scene. He was to be married in two weeks, on May 5.