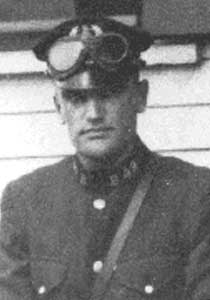 At 3:45 p.m. on October 25, 1923, while on patrol on the Schuylkill Haven Road between Schuylkill Haven and Pottsville, he collided with a truck and was thrown from his motorcycle. He died en route to Pottsville Hospital. Private Omlor was the Department’s first motorcycle accident victim.

He was buried in St. Joseph’s Cemetery, Locust Gap. He was survived by his father, Mr. John B. Omlor, of Locust Gap. At 29, Private Omlor had completed four years and four months of Constabulary service.