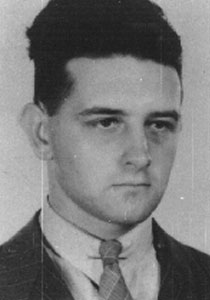 On October 11, 1942, Private Zeigler was operating his patrol vehicle on U.S. Route 15, 3 miles north of Dillsburg, York County, when his vehicle was struck by another vehicle. The operator of the second vehicle was from Niagara Falls, New York. Private Zeigler was taken to Harrisburg Hospital where he died of his injuries 6 days later.