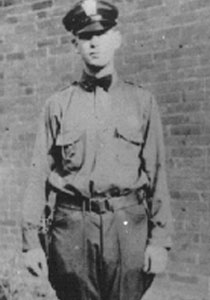 He enlisted with the State Highway Patrol from Bethlehem, Pennsylvania, on May 16, 1929, and was assigned to Troop A, Harrisburg. He was 22 years old and 5’11” tall.

At 11:45 a.m. on December 8, 1931, Patrolman Mohring was on patrol when he was struck by a motor vehicle driven by Harold Moore. The accident occurred at the intersection of 57th and Whitby Streets, Philadelphia. Patrolman Mohring was thrown from his motorcycle and seriously injured. He was taken to Misericordia Hospital where he died three days later, December 11, at 2:40 a.m. Moore was charged with involuntary manslaughter.