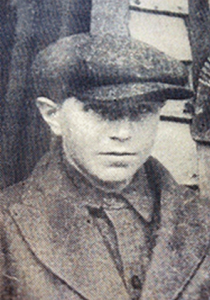 Joseph A. Conrad was born February 25, 1906, at Mahanoy City, Pennsylvania.

He enlisted with the State Highway Patrol from Mahanoy City on October 2, 1930, and was assigned to Troop E, Philadelphia. He was 24 years old and 6′ tall.

At 3:30 p.m. on August 30, 1932, while on patrol, Patrolman Conrad attempted to avoid a head-on crash with a motor vehicle turning in front of him at the intersection of Route 821 and U.S. Route 222, Berks County. He was thrown from his motorcycle and seriously injured. Patrolman Conrad was taken to the Homeopathic Medical and Surgical Hospital, Reading, where he died on September 6 at 6:50 a.m. The motor vehicle was driven by Roy L. Heins of Reading.