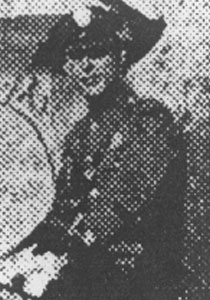 He enlisted with the State Highway Patrol from New Castle on January 11, 1934, and was assigned to Troop E, Philadelphia. He was 29 years old and 5′ 9″ tall.

At 11:15 a.m. on March 1, 1937, while on patrol on Perkiomen Avenue in the city of Reading, his motorcycle was caught in the streetcar tracks. Clarke lost control and struck a coal truck traveling in the opposite direction. He was pronounced dead at St. Joseph Hospital, Reading. Clarke is buried in Oak Hill Cemetery, New Castle.

He was survived by his mother, Mrs. John W. Clarke, of New Castle. Clarke, 32, had completed three years of State Highway Patrol service.