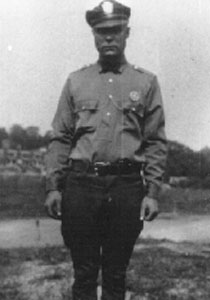 On July 13, 1930, while on patrol, Koppenhaver’s motorcycle was struck by a motor vehicle driven by Charles Heidenraich of Wilkes-Barre. Heidenraich was making an illegal turn in front of him in the city of Nanticoke. Koppenhaver tried to avoid the car but was thrown from his motorcycle and was seriously injured. He was taken to Nanticoke Hospital where he died of his injuries.

Koppenhaver was buried on July 15 in Gratz-Coleman Cemetery, Gratz. Koppenhaver, 22, had completed one year of State Highway Patrol service.