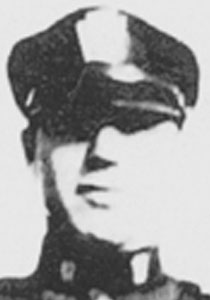 While on patrol December 26, 1927, he was following a street car on Front Street in Milton when the sidecar of his motorcycle caught the edge of a parked car. Hassen was thrown from his motorcycle and seriously injured. He was taken to the Geisinger Hospital at Danville, where he died the following day.

Hassen was buried in Sacred Heart Cemetery, Laporte. He was survived by his mother, Mrs. John Hassen, of Laporte. Hassen, 24, had completed one year of service with the State Highway Patrol.